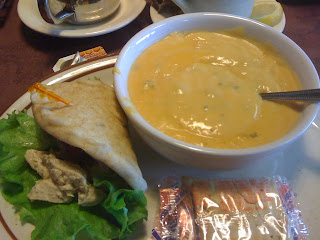 My mom treated my sister, my sister-in-law and me to lunch at La Peep today. It's her favorite new dining establishment. Bitter about having to work on MLK's birthday when it seemed the rest of the world was off, I enjoyed the distraction. Opted for half a chicken salad on pita and a bowl of Wisconsin cheese soup. Delicious, but the deep mustard yellow hue of the soup was surprising.
Posted by Anne B at 11:03 AM No comments:

Winter Running It Is Not Nice

This weekend the workout was a long swim on Saturday and a short run. Reindeer Mary and I got our swim in, then changed and decided to run from the Y to Lincoln Park and back. This feat would cover about 5 miles.
My Garmin revolted, refusing to find a signal. Rebooting didn't help so we decided to just run 30 minutes and then turn around.

Driving in to the pool that morning, the temp had been around 32. It dropped a couple of degrees while we were swimming and the wind picked up. Agreeing that this sucked, we cut the run short and got in a scant 3 miles.

I resolved I would get a longer run in on Sunday. These types of decisions usually backfire.

Temperature Sunday morning at 5 a.m. was a whopping 7 degrees with a wind chill of -2. . Figured I would wait it out and try to run at 7 when the sun was up. But at 6, the temp had dropped. Sensing a cooling trend, I bundled up and hit the streets. How bad could it be?

My original plan was for 9 miles. At 6 miles, the GU I had brought along had frozen to the consistency of sherbet and there were sheets of frost on my legs. I had forgotten to carry water, which would have frozen anyway, and was reduced to eating snow to dilute the GU.

Defeated by winter, I opted for 8 agonizingly slow miles.
Posted by Anne B at 9:01 AM No comments: 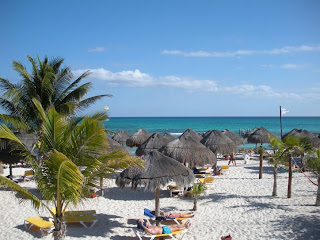 Time to Get out of Town. Winter in Illinois pretty much sucks. We try to escape for a few days after the dust from Christmas settles. This year we booked a stay at the Iberostar Paraiso Del Mar resort in Playa Del Carmen, a city in the Riviera Maya section of the Yucatan Peninsula.

Trivia and Being Sick. Our flight out of Lambert St. Louis International Airport was 7:00 a.m. Saturday, so we opted to spend the night in St. Louis. I had been feeling kind of puny all day and attributed it to some sinus issues that may or may not have been a virus. Swimming tends to mess me up so it's hard to say. It was 7:00 PM when we got situated at the Hilton near the airport, we were both hungry. Rather than venture out into the cold, we opted for appetizers and some wine at the Hilton bar. Initially this seemed like a good plan. The appetizers were great --- crab cakes, ahi tuna and a quesadilla. I quickly drank a glass of Australian Chardonnay, then had another. A hilarious fellow working at the Hilton started up a trivia contest --- you could win a drink or apply that to your bar tab. Steve answered a question correctly, something about how many million miles the earth was from the sun, and gave me his drink coupon.

My head was spinning a little when we left the bar, kind of unusual for me. I figured all I needed was some rest. Lying down proved to be a mistake. 49 years old and getting bedspins. Unbelievable. Pretty soon I was on my knees in the bathroom seeing crab cakes for the second time. It was nasty and bad and undignified. Steve slept through all of this, oblivious to the drama a few feet away.

Flight was uneventful. My stomach felt like sandpaper and fortunately there was no turbulence. We stepped into the humidity of the Cancun Airport, got through customs, picked up our luggage and made our way through the timeshare sales people and the guys wanting to cart our luggage, looking for the Apple rep. Found them outside by the shuttles. Sunshine felt wonderful. Bit of a cluster getting onto the correct shuttle, mostly because we were unfamiliar with the process. It all worked out and we crammed into a van with a bunch of other people all bound for different resorts. Luggage was thrown in the back, along with Steve's winter jacket, which he forgot about and left behind. 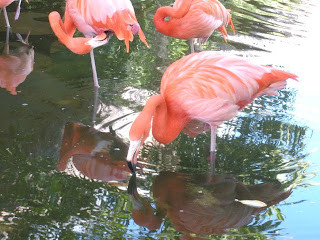 The resort is beautifully landscaped and HUGE. Using my Garmin, I learned that it was 4/10ths of a mile from the lobby to our building. This is a plus for me, although it pissed some people off that they had to walk so far. Like most hot weather resorts the lobby is very open and there were "ponds" that contained swans, flamingos, turtles and fish. Fountains keep the water oxygenated. 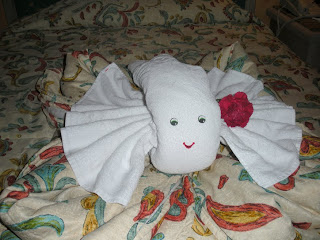 There is towel art in your room. You almost hate to dismantle it. There was what I think is a hippo when we got to the room. The next day was a flying fish. I hated to destroy it with that cute, hopeful face staring at me, but really needed a towel.

We took a shuttle over to Playa Del Carmen one day and wandered around Fifth Avenue, booked a snorkeling trip to Cozumel for the next day. We also were hounded mercilessly by the vendors. They were everywhere, trying to lure you into their shops. Steve bought some cigars and we booked massages, then went and got lunch at an Americanized sports bar kind of place.

The massage was probably the best part of that trip. My massage gal found the knot in my shoulder from swimming right away and kind of pummeled it into a kind of submission. It's been good as new ever since.

Monday was snorkeling. We were herded onto the shuttle for Playa Del Carmen. Stood in line to buy tickets for the ferry, stood in line to board the ferry. Hounded by vendors while we wandered the pier searching for our guide. Felt stupid because neither of us speaks Spanish. Snorkeling was good, saw barracuda and a very large grouper. 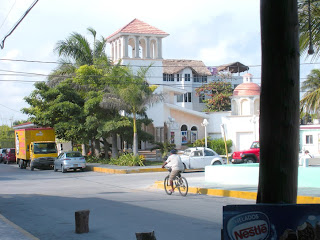 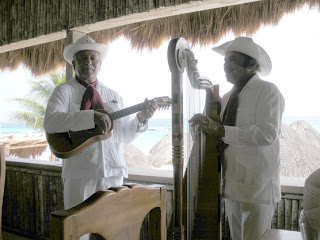 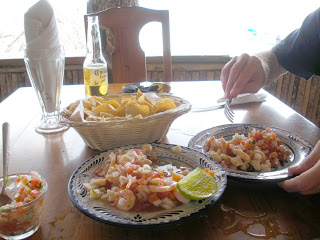 Tuesday took taxi up to Puerto Morales, had lunch and some ice cream. Beautiful town, less commercialized and more laid back. Loved the two older gentlemen playing music at the restaurant. Had some real ceviche and grilled grouper and a couple of Coronas. Rode back in a taxi that smelled like old pee.

Wednesday spent the day getting home. Our town got 3 inches of snow while we were gone. I was somewhat prepared since our pet sitter had sent me a text stating she was sorry about the big snowdrift in front of the garage. 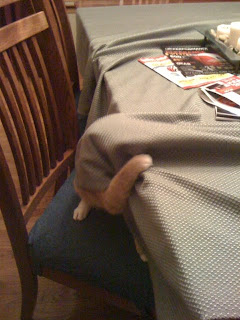 Latte is going through a playful stage. He has several games that mostly revolve around racing people and the other cats through the house. One game is burrowing beneath the tablecloth on the dining room table. We have learned not to put anything of value on the table because it might not be there later.
Posted by Anne B at 6:33 AM No comments: 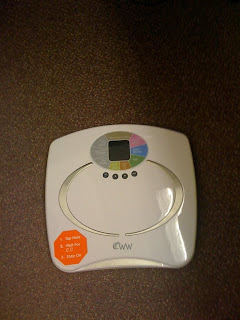 Given the popularity of these types of contests, it was inevitable that someone at work would decide to organize one. I would like to drop about 8 pounds (well, more like 15 but let's keep it real) and figured this would keep me honest. We have about 11 people signed up for the initial contest.

Labels: Picture of the Day 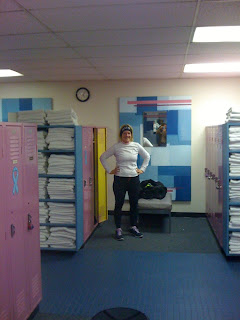 I am training for Ironman Racine 70.3 this year. It's the biggest race I've ever done. Reindeer Mary is training with me; she is a former Marine and tough as nails. This is her "suck it up buttercup" pose.
Posted by Anne B at 6:23 PM No comments:

Labels: Picture of the Day 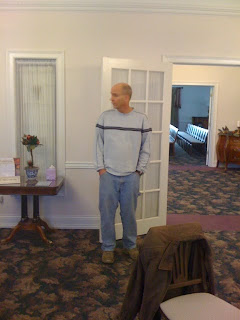 Steve's grandmother, Donna, known to her family as "Gaggie" passed away at 9:15 a.m. on New Years' Day. At 96, she had outlived three husbands and two of her children. She was a tough old gal who lived independently and drove her car into her 90s. Her grip on reality was slowly unraveled by dementia until she could no longer live on her own. Committed to a nursing home she railed against the confinement, asking to be taken home, although toward the end it seemed she wasn't sure where "home" was.
A fall in November resulted in a broken hip and landed her in the hospital. Her health spiraled downhill rapidly.
Steve and I visited the funeral home today to finalize details.
Posted by Anne B at 3:45 PM No comments: